Which Pool Sanitation System Is Best 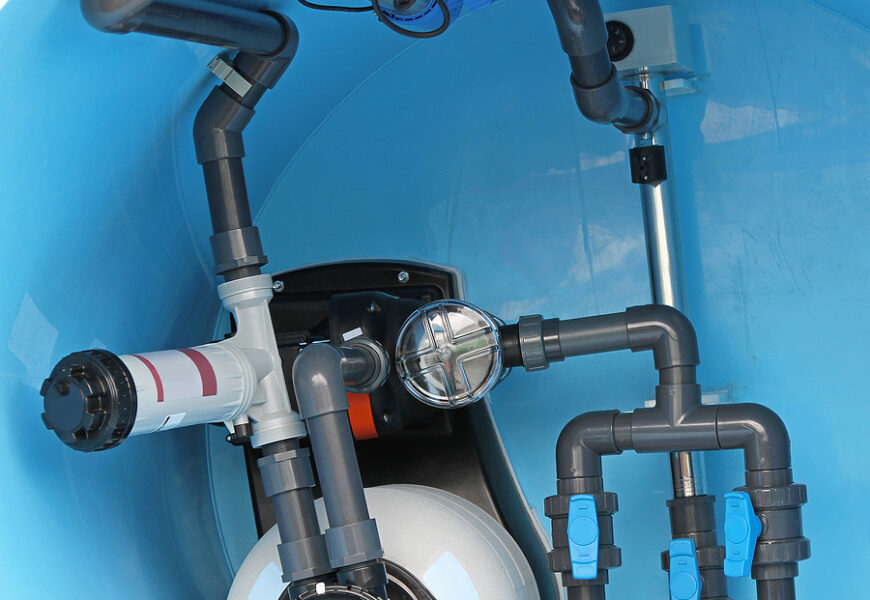 If you want the cheapest purchase price, you can’t beat the chlorine pool. Go with the saltwater pool if you want long-term savings, lowered chlorine usage, and easier day-to-day maintenance. If you intend to eliminate your chlorine usage altogether, use a mineral pool. If these systems are working pretty well on their own, but you limit chemical usage while improving sanitation, add a secondary sanitation system such as UV, Ozone, or an AOP system.

Most pools will use one of five sanitation systems. There are many similarities between these systems. One important similarity is that all of them require a chemical sanitizer and that sanitizer is usually chlorine.

We primarily differentiate these systems by the amount of sanitizer they require, how they generate or acquire it, or what secondary form of sanitization they implement.

Important side note – We don’t want to confuse anyone. When we refer to a chlorinated pool, we are not referring to all sanitation systems that use chlorine. Almost all of them use some level of chlorine. A “chlorine pool” uses chlorine as its only chemical sanitizer, and it has no way of producing it on its own.

The sanitation systems we will be discussing are:

At its entry level, a chlorine sanitizing system is as basic as it gets. If you choose to refrain from purchasing any optional upgrades on the market, the chlorine system starts and stops with you and one of several forms of chlorine.

Unless you purchase upgrades, there won’t be any mechanical components to dispense the sanitizer for you. On the upside, that also means that you won’t need to hire a mechanic to repair anything. The lack of equipment makes this the most affordable system set up.

Over time, the savings from the low upfront costs will be reduced by the relatively high cost of ongoing maintenance. Chlorine systems require the most chemicals. While the cost isn’t bank-breaking, the cost is higher than the other sanitation systems.

Since chlorine pools require more chlorine, any chlorine-caused corrosion damage and bleaching will also be increased. That can include walls, ladders, and any swimming gear and clothing continuously exposed to chlorine.

As chlorine levels rise, so does the potential for harmful side effects. Eyes, hair, lungs, nails, and skin can all be damaged. Chlorine burns, dry skin, rashes, and bleached hair can all result. That said, most of the time, this will be minimal and won’t be a problem. If swimming in a chlorine pool were truly considered risky, parents probably wouldn’t be tossing their kids into the water on hot summer days.

It is natural to assume that saltwater pools will taste like the ocean’s saltwater. Surprisingly, they don’t. Since these pools only have about 1/10th of the salt content of the sea, you won’t notice it nearly as much. The salt in these systems generates the minimal amount of chlorine needed to sanitize the pools. You might remember from chemistry class that another name for salt is sodium chloride. This system uses the chloride that is naturally part of salt to create all the chlorine it needs.

Saltwater sanitation systems are often praised for their annual savings. Their operating costs are lower in almost every aspect. That is true for most years. However, there is one notable exception.

How Does a Salt Water Generator Work?

Saltwater pools rely upon electrolytic chlorine generators. The “electrolytic” refers to the process of electrolysis that scientists, manufacturers, and nature use to separate one element from another.

Salt is constructed from sodium and chloride, which form an ionic bond via their opposing magnetic charges. Saltwater generators produce chlorine through electrolysis which separates salt’s sodium and chloride.  When salt dissolves into water, the two ions seek to balance out their charges.

The anodes and cathodes of electrolytic generators have opposing charges just like the sodium and chloride compose table salt. When an electrical current powers the anode and cathode, the electrons are pulled from negatively charged chloride and given to the positively charged sodium.

Ozone sanitation systems have not been as widely adopted as chlorine or saltwater systems, so many people confuse them as being new and expensively prohibitive. While they might be more expensive, it isn’t to the point of being prohibitive. Of course, we are speaking in generalities.

Many also find it surprising that Ozone systems are not new. They’ve been in production for over 30 years and are used for wastewater treatment. They’ve had time to work out the kinks and are a great option for reducing their chlorine consumption. After all, if they are effective enough to treat sewer water, they should also be effective enough to help purify your pool water.

How Does an Ozone System Work?

Ozone is the name for O3 (Trioxygen), an inorganic molecule that can also work as a powerful oxidizer which means it removes electrons from other molecules. Simple organisms such as algae and bacteria are vulnerable to this damage. As the ozone steals electrons, the cell walls of these contaminants weaken, rupture, and ultimately die.

Ozone sanitation systems generate ozone by exposing oxygen to UV light (photolysis) or shocking it with electricity (electrolysis). Either method separates oxygen from molecules. This frees the single atoms of oxygen to bind to one another to create ozone molecules. The newly generated ozone is then pumped into the water and pulls electrons from any algae or bacteria that might be in your pool.

UV sanitation systems should not be used as a primary system, but they can work as a fantastic secondary solution. Regular sanitation systems use a combination of stationary filters and sanitizing chemicals that spread throughout the pool.

If we rely upon the UV system alone, the system will only clean the water that passes through it. The UV light will be unable to clean pool surfaces. Nor will it be able to penetrate the porous surfaces to eliminate spores that only chemicals will reach.

On the positive side, a UV light will destroy a lot of algae spores, bacteria, and other contaminants that pass through it. The amount of chlorine needed drastically reduces when UV sanitation systems are assisting.

How Do UV Sanitation Systems Work?

UV light refers to wavelengths of light that largely exist outside of the range of humanity’s visual spectrum (380 to 700 nanometers). UV light starts at 10 nanometers and ends at about 400.

Through testing, scientists have found that the UV radiation produced at a wavelength of 265 nanometers is severely damaging to microorganisms. Like chlorine and other disinfectants, the radiation mutates the DNA and RNA so that the microorganisms cannot reproduce and die off.

Obviously, we don’t want to bathe humans in that light, so we don’t shine this light on the entire pool. Instead, we use the pool pump and filtration system. As the water is pulled through the pipework, it makes its way through clear tubing. That tubing is illuminated with UV lights which cleanses the water. It’s simple but very effective.

What Is the Easiest Pool to Maintain

The easiest pool to maintain will be a fiberglass pool with a saltwater sanitation system. Don’t mind spending some extra money? In that case, you could invest in a supplementary ozone sanitization system to further boost your pool’s sanitation capabilities and reduce potential problems from algae and bacteria.

What Happens If You Don’t Chlorinate a Pool?

Your pool will become unsafe with biological contaminants. Swimmers might get rashes, respiratory infections, swimmer’s ear, or one of the many diseases that can cause diarrhea. Additionally, if local temperatures are over 60°, algae might quickly overtake your pool. If you are hesitant to rely upon chlorine, you might want to consider the alternative sanitizer, bromine.

What Is the Best Way to Sanitize a Pool?

Saltwater sanitation systems are the go-to favorite. They continuously generate all of the chlorine you will ever need. This means that your pool will not be subject to spikes in chlorine followed by subsequent drops. As such, the generated chlorine can near-permanently remain lower than the chlorine ppm of a freshly replenished chlorine pool.

Is It Possible to Have a Chlorine-Free Pool?

Yes, it is possible to have a chlorine-free pool. However, you’ll need to choose a sacrifice. Either the cleansing power won’t be as good, or you’ll need to pay more to achieve a similar result. If this sounds good to you, you should look into biguanide, bromine, and hydrogen peroxide products. Any of them can do the job, but they’re different enough that we recommend doing some research.

What Is the Healthiest Pool System?

Without question, we recommend mineral pools above all the others. It limits chlorine while increasing several minerals that are vital to the well-being of your entire body, with special attention to the circulatory system and skin. 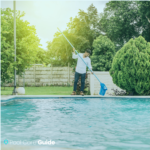 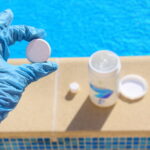 Next Story
How Many Chlorine Tablets Per Week Should I Add To My Swimming Pool?